Switching from Being Nonverbal to Being Verbal 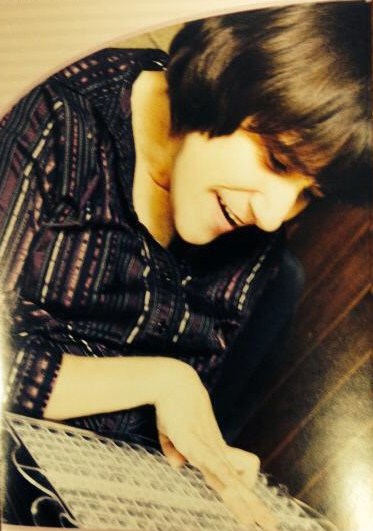 My name is Jenni, and I have been using an ECO2 for a year and a half. I am currently working as a PRC Ambassador doing a variety of different tasks such as: speaking to Speech Language Pathologist college classes via Skype, sitting at the PRC booth at conferences within my region, and writing articles for the AAC Language Blog.

I have been unable to talk my entire life. During my early childhood, the only way that I communicated was through the use of very low-tech methods of alternative communication. I started out using a picture book when I was two years old. It was a simple photo album with pictures of my family and friends, favorite foods, toys, and activities I did at pre-school. I would put my hand on the picture of who or what I wanted. This was also a way that I could tell my mom and dad what I did at school, and I could share what I did over the weekend with people at school.

I received an Auto Com, my first AAC device, when I was eight years old. The interesting fact was that I really had a hard time getting used to it. It was huge, and fitted on my wheelchair like a lap tray. I mainly used it at school.

My next device was an Epson Real Voice which I received when I was 12. I could use it a lot more efficient than the Auto Com, and started to use it as an actual communication device. It was a lot easier to tell people my needs and wants.

I also learned how to use it to engage in public speaking, which opened a variety of opportunities for me. I started speaking to groups of Speech-Language-Pathologists about the importance of everybody having the chance to say what he or she needed to say. This led to me speaking during Kansas State Hearings on bills that were in the process of becoming laws concerning people with disabilities.

I purchased a Liberator from the Prentke Romich Company when I was 18 years old. Minspeak, a word based language program which PRC offers with their communication devices, really expanded my vocabulary. I had access to hundreds of core words that are used in everyday language. I could talk to everyone with whom I came in contact.

Since then, I have used two other communication devices from PRC. I have been able to achieve a number of different goals in my life including earning a Bachelor’s Degree in Social Work and going to Washington DC to speak on the behalf of people of Kansas with disabilities about community involvement.

I can not imagine living my entire life wife without the power of communication!