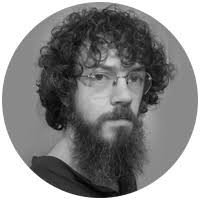 When I think of the many challenges and frustrations I have to deal with, employment is probably at the top of my list. It is the source of so many other problems. Having a good well-paying job is connected to positive outcomes in so many areas of our lives: more access to better healthcare, education, mental well-being, relationship opportunities, etc. Overall, it gives us a better quality of life with more choices.

This is a subject which I’ve been wanting to write about for a long time, and it’s probably the one which I’ve wanted to write about the most. Whether it’s right or wrong, so many people conflate what they do for a living with who they are. As a result, it can be a sensitive subject to discuss. At this point in my life, it seems to have the most serious, immediate, and direct impact on me. I know that I will probably feel embarrassment or shame because of some of the things I will write in this post, but this is a subject which is very important to talk about. The vast majority of adult AAC users are affected by it. At the time I write this, I’m 36 years old. In my entire adult life, I have never been above the poverty line. I’ve had to live in substandard housing in dangerous areas. I can’t afford to have my own residence. My car is 24 years old, and it has a problem which requires a repair that would cost more than the car is worth. Someday I want to get married, have a house, a car, take a trip every now and then, and all the other things that most people want. I don’t want to be dead weight for my future significant other. I often wonder, “who would want to marry a broke loser like me?”  For so long I have felt stuck; I want to move on to the next phase of my life, but my progress has been totally stymied. I have missed out on innumerable opportunities and experiences because I didn’t have the money. I’m sure everyone has heard the aphorism, “money can’t buy happiness.” It might be true, but I’m sure most people would prefer to have it than not have it. It might not buy happiness, but it does buy choices and opportunities.

I think what’s frustrating for most of us is that we want to contribute, and we know that we can, but a lot of the time it seems that nobody else can see that. Financial freedom brings with it more opportunities and choices, and that is certainly important. However, there’s more to it than that. People need a reason to get out of bed in the morning. They need something to look forward to. Mere biological existence is not enough for a happy fulfilling life. Having a meaningful job is a part of having a happy fulfilling life, but so many of us are shut out of that. Too many of us sit at home collecting government benefits when we want to do more for ourselves. Earlier I complained quite a lot; I’m sure I could continue with a litany of assorted frustrations and indignities, and I assure you that they are legion. I feel it’s necessary to allow other people to get some understanding of the reality we deal with. I know many people are in worse situations than me. As always, the point of this blog is to increase understanding and not to illicit pity. I hate to end on such a sour note. I wish I had the answer. Perhaps I can inspire other people to get creative in helping to solve the problem.